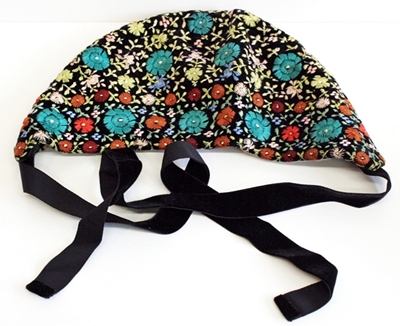 Prior 1945, the village of Schönwald / Bojków, now a district of Gliwice, was particularly well known for its art of embroidery. The exceptional character of the village resulted from its historical origin reaching back to medieval times, especially from its dialect, which has been preserved and distinguished from the dialects of the surrounding villages, and last but not least derived from folk costumes and special wedding customs.

The Schönwald handwork of embroidery is closely related to the costumes of the village. Since the first decades of the 20th century it was usual to decorate women’s costumes with coloured embroidery on black fabric. This style and method of decoration is unique in Upper Silesia.

At the beginning of the 20th century, not only head scarves and belts, but also blouses, collars, baby clothes and baby bonnets were elaborately completely hand embroidered. Furthermore, also belts, bags, purses, book covers, pillows, blankets and wall hangings were decorated with flowers and climbing vines, cereal ears, beetles and butterflies. This kind of handicraft was transmitted from generation to generation.

At the nearby weekly markets embroideries were offered in addition to agricultural products. In 1920, an embroidery shop was established to maintain the knowledge of this specific handicraft. A side effect of all this was an unintended professionalization. Due to the huge success across the national borders, there were more than 100 employees in the 1930th. By 1930, the Schönwald embroiderers made 17,000 pieces of embroidery with a total value of 260,000 marks. Thus, the embroidery transformed from an original side income to a highly coveted product and an important source of income.

Among the exhibits, an embroidered cloth of honor is particularly noteworthy. To Frieda Kaisig’s sixtieth birthday, the Schönwald embroiderers wanted to give their head of the embroidery shop a special gift and created the cloth of honor in gratitude for 25 years of her activity in the shop.

Another special feature is the Schönwald dialect. At its peak it was spoken by about 5,000 people. This development took place against the nearby villages. This is how a linguistic island was formed, while German, Polish or Upper Silesian language was spoken in the surrounding areas.

The special exhibition presents rare objects of this particular genre of Schönwald embroidery from the Museum in Gliwice. Other works on loan are from Haus Schlesien in Königswinter-Heisterbacherrott.
A richly illustrated catalog has been published.

Supported by
The Ministry for Families, Children, youth, Culture and Sports of the State of North Rhine-Westphalia

Visit our facebook-site where you will find up-to-date information on exhibitions and events. 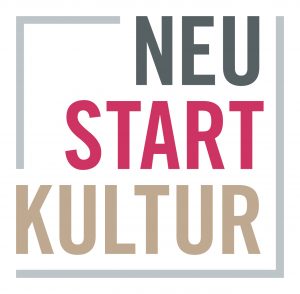 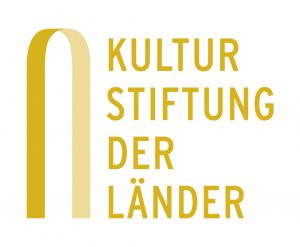